Our Authors – in their OWN words!

From biopic blurbs and internal monologues to philosophical dilemmas and humorous anecdotal confessions – here we nom le plume (loosely – name the pen) and each pen writes a little about itself.  Humble, grandiose or just plain average – enjoy our words about ourselves as we have written them!

I was bought up and went to school in Hay.   For me there is no other place I would call home.   In 1983 Hay Writers’ Circle was formed and soon gave support to those who like me, are captivated by this town, the river Wye and the surrounding hills and feel inspired to write creatively about this lovely place.

(Frances sadly died earlier this year. Photo from a booklet of her work, published by Lynn Trowbridge, 2020.) 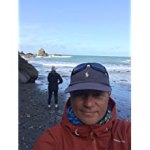 Mark’s parents dropped his first name Jonathan in favour of Mark almost immediately and he once forgot how to spell his Christian name several years ago – easily done, isn’t it? He is originally from the former Welsh mining town of Blaenavon. Someone once described it as, ‘dreary Blaenavon’, well, it was until they closed the colliery and flattened the slag heaps. Now it’s an amazing and famous World Heritage Site attraction and film set. “What a pity they hadn’t flattened the local secondary school at the same time before I attended it!” – Mark loved that school.

Starting as an aerospace engineer and then a technical author, he spent most of his career as a successful international key account manager. His short stories can be found in national magazines and websites. He achieved a ‘podium finish’ in the 2020 Frances Copping Memorial Prize for Fiction, then won 1st prize at the Henshaw Press International competition in December 2020.

Mark is secretary of the Hay Writers Circle. He is a dedicated yogi and occasional lucid dreamer; both are part of the inspiration for his debut novel ‘The Lucidity Programme’. He hopes to publish his second novel late 2021.

He and his wife live in Wales with similar views to the characters in his book. Their two grown-up children have just about fled the nest.

Writing as JM Bayliss, Mark’s novel has numerous 5 star reviews and gives a subtle nod to the recent ‘Behind Her Eyes’, Netflix series. Available on Amazon as Kindle e-book or paperback and can be found here: CLICK HERE

I was born in 1943 in America, in a small town in Western New York State. Following an undistinguished University career I embarked on a peripatetic life as a visual artist, supporting myself by a wide variety of part time jobs, from apprentice goldsmith, librarian and banker mason to gardener, truck driver and short order cook. During this period I crossed the American continent several times; by train, bus and once by car. I   lived in many parts of the US and for brief periods in Germany and Hungary.

In  1987, newly married, my wife Gabrielle and I moved to Britain, eventually settling near the Brecon Beacons in Mid Wales with our two children and a growing population of animals. Always a voracious reader, it was there in the Land of Song that I began to write down stories of my own. I have had two collections of short stories published by Tartarus Press.

To find out more about Michael’s publications click the following links –
‘The Girl with the Peacock Harp‘ & ‘Treespirit and Other Strange Tales‘.

Walter and the Nymph &  Jonah

Me  I love words!  The music of words, the meanings of words, the partnership of thought and language so various  in different tongues.

I have always been driven to write stories and poems ever since I first learned to form letters and even the obligatory holiday diary writing set and copy edited by my father failed to put me off an urge to record things in words.  An English degree enraptured me but daunted me from attempting serious writing of my own for a very long time.

At work,I had the opportunity to  construct and publish activities and books for Primary school classrooms.  I wanted to bring the language of non- fiction as close to that of story as possible.

Academic writing for the distance learner,  presented other challenges…of evidence and precision…but still I have been concerned to spin a story and a relationship with my students.

In later life it is poetry..both reading and writing it that captivates  me most. I am excited by discovering more about the art and skill of others revealed through reading  and wonder what it is I have to say. Work in progress!

Okay; a piece about me for the Hay Writer’s Circle.

I should get on with it but the washing up needs doing and I’m sure J could do with another cuppa……..

I constantly put off till tomorrow what could be done today.

The Oxford English Dictionary describes it as ‘’ often with the sense of deferring,” (much better than lazy), “through indecision, when early action would have been preferable,” or as “deferring action, especially without good reason.” Me to a tee!

Walking the dogs, washing my hair, biting my nails. I’ve even been known to do the ironing rather than get down to some serious writing!

However, my love for writing is deep seated and totally satisfying (when I get round to it).

As a little girl, one of my Christmas highlights was Boxing Day. Mum appeared with a big wrapped bundle. It contained beautiful books and I curled up in a corner, transported.

Thus began a love affair between a small child and reading, which, by extension set me to writing long pages of stories in school. I still have the one about marrying Andrew and having a farm and two children named Jane and Roy!

Now, having put off writing another page or two of my book to write this, I think I ought to get back to it.

Um; anyone fancy a cuppa?

As a child, Lily spent all her pocket money on notebooks and all her free time filling them with stories. Since then, her passion for writing and innate curiosity has seeped into every aspect of her life whilst taking many different forms, including manifesting themselves in her journalism degree at Nottingham Trent University and more recently in her day job as a marketing & communications consultant, for which she primarily creates content and edits copy.

Originally from Surrey, Lily moved to Brecon aged 11 and enjoyed her teenage years growing up here, although was always desperate to live in London. A fleeting relocation after graduating led her to realise the grass most definitely isn’t greener on the other side, and she’s content to call the Beacons home once again thanks to the joys of remote working!

Lily hopes to develop her skills and venture into lesser-known territories such as poetry, with her biggest aspiration being to one day publish novels of her own. In the meantime, she gathers sparks of fictional inspiration, practices yoga, dreams of spending long summers dancing at music festivals covered in glitter, and fulfils her penchant for vintage & charity shop fashion. You can find her posting intermittent ramblings at lilyroseking.blog and sharing her adventures @lilyroseking_ on Instagram.

Lennon Eira Watkins is currently the youngest member of Hay Writers’ circle, with a very curious and pondering attitude towards life. He loves listening to stories and is the inspiration of many pieces of writing (mainly his mother’s – Lily). Lennon has a cheeky, chilled out and affectionate nature, not to mention an incredibly stylish wardrobe. As long as he has plenty of milk he’s happy!

Alan Oberman joined Hay Writers’ Circle in 2018. He finds writing is a lonely occupation and sharing with other authors a real pleasure, as well as a spur to complete the work in progress.

He is author of Prince Hal and his friend Jack Falstaff – a storybook retelling of Shakespeare’s Henry IV Part One. Sir Richard Eyre welcomed the book as “a real treat”, and That’s Books, when reviewing Prince Hal in 2016, declared “this book belongs on the shelves of every family in the Kingdom and also in every school in the land too!”

Alan Oberman, writing under the name Alan Keeping, is also the author of  Strange Capers – a collection of short stories of audacious women and men transgressing boundaries. Both books published by Cambria Books.

He is now engaged in writing a novel for young adults fusing a non-fiction history of humankind with a contemporary fictional story.

Picky-up Thingy– a childish tantrum from the point of view of the child.

A Little Local Difficulty – the non-fiction narrative of Alan Oberman’s 1995 expedition to the bottom of the Gouffre Berger cave – not without incident!

Jean likes writing short stories, and the occasional odd (very odd) poem. There is two thirds of a novel secreted in a drawer, but she doesn’t expect it to be completed, or see the light of day.

In January 2017, Marianne Rosen closed her interior consultation business of 24 years to begin a new career as a writer. She is the author of The Riverdell Saga, a four-book modern family saga about a gorgeous inherited home and the family who live there. Book One, The Doors of Riverdell, is out on November 25th published by indie press Oriel Books and is set in the wonderful town of Ludlow. Her fourth novel, Colour Me In, is currently under submission to agents.

Marianne is interested in self and family identity and the importance of home and belonging. She writes with a broad lens on gender identity and sexual orientation. Chief motivator of the group’s Work in Progress group, as well as Group Secretary, Marianne lives in Herefordshire with her family but longs for the sea on a daily basis. She mitigates the disparity by taking off in her VW T4 with a fresh notebook and a large flask of coffee.

Katy lives by the Olchon Brook in the Black Mountains and writes adventure stories for children. Most at home outside and unfettered by hosiery, she jacked in her (perfectly decent) corporate career to begin her writing quest (rarely indecent).

Her love of writing stems from a childhood made wonderful by books where frequent visits to the town library were the perfect cover for spending time alone with her imagination and away from the distraction of her gorgeously garrulous friends and relatives.

Once she has written enough books Katy will move on to become an art thief operating across the wonderful cities of Europe to enjoy the architecture, stealthy black get-ups, climbing kit and solitude.

One day she hopes to have written something worth citing on the website. Until then however, and when she is not being followed by her formidable flock of chickens, or children, Katy enjoys the camaraderie, encouragement, and general cajoling of the circle.

Emma van Woerkom is by day a Community Services Officer in public Libraries, after dark she transforms into a Poet, Poetry Film Maker, a fully trained Shared Reading Facilitator.

Emma’s work has been engraved in brass, published in the U.K. and worldwide in poetry magazines, anthologies and music albums, during February 2018 she was the Artist in Residence at Brisons Veor.

Emma is currently the longest serving member of Hay Writers’ Circle, joining the group in 2011 and immediately taking on the position of Secretary . Since 2014 she has been the group’s Online Co-ordinator and is responsible for this website. She is also the designer of the Hay Writers’ Circle logo.

Born on the Welsh Marches, Emma has never been able to sever ties with this area and spends her time shuttling between Weston-super-Mare and Hay-on-Wye – it-also-seems-she-can-only-live-in-towns-whose-name-contains-two-hyphens!

Water Break its Neck – Published in Poems from the Borders (Seren Books, 2019).

Don’t forget to subscribe to our quarterly newsletter.
Enter your email address in the box below.